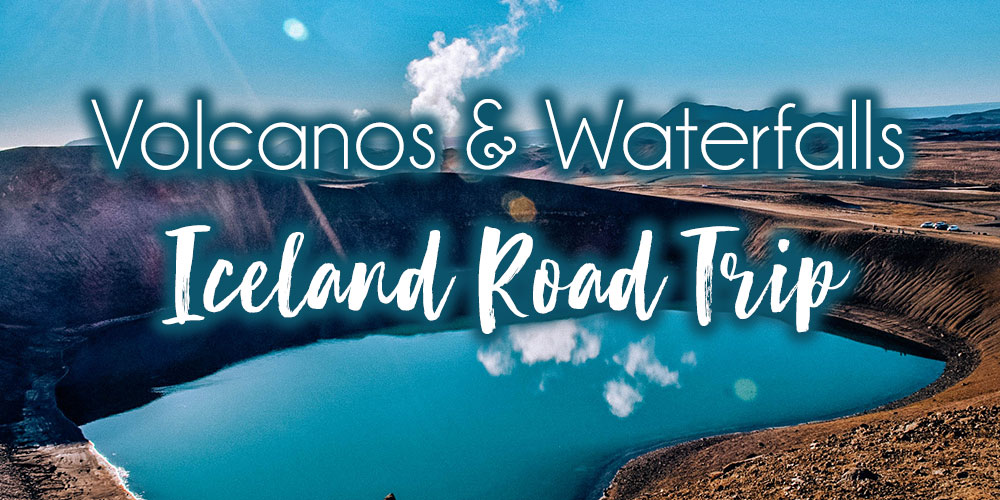 The drive from the Eastern Fjords took about two and a half hours and finally we started seeing signs to some interesting things. We had a list of things we wanted to check out. Since it was Jason’s birthday I let him make the plans for the day. Our next three days would be spent in north Iceland before reaching the Westfjords. The Myvatn area was so different from the south or eastern parts of Iceland. There is a lot more geothermal activity around north Iceland and you can’t really miss it. There was steam coming out of the ground from everywhere! It was similar to Rotorua in New Zealand in that aspect.

Our first stop was at Hverir which is located below the volcanic mountain of Námafjall. We noticed lots of cars in the car park and decided to have a look. It was very cool just seeing the steam coming out of these vents. The sulphur smell was horrendous though and after a quick wander around we headed back to the car. Beautiful weather up north at Hverir

Since we had missed out on Kerid back around the Golden Circle, I was so desperate to check out Krafla. Krafla is a cauldera and is about 800m high and 2km in depth, it has been used as a source for geothermal energy since 1977. I was not disappointed with our visit to Krafla, how many times in your life do you get to stand on the edge of a volcano? Just for an idea of the size.. I’m standing on that flat piece in the middle of the photo.

As part of Jason’s birthday present I had made a plan for a stop off at the Myvatn Nature Baths. It was a spa day and we got in a nice hot shower afterwards (these were a luxury when living in a campervan for 12 days). So we went straight to the Nature Baths ditching any other hikes that were on the ‘might do’ list and pampered ourselves. We spent about an hour and a half going from the hot pool to the warm pool and decided we should find an awesome camping spot before sunset. We found an epic spot at Hild Cottages where we were overlooking the lake. Watching the sunset over Lake Myvatn from the campervan

It was a beautiful evening, we got to cook an amazing dinner and we popped some champagne! Camping? We were definitely glamping!

That night was spent looking out the windows of the campervan for the Northern lights. The hours started to go by and we wondered if they were ever going to come out. Eventually they decided to show themselves. In the excitement, I ran outside in just a t-shirt and pajama pants screaming (sorry neighbours, you know you wanted to see them too) and proceeded to set up my camera and snap some shots. The lights stayed around for about 15 to 20 minutes before disappearing but it was magical. This ended up being our only night seeing the lights. Maybe it was the great weather or that we saw the Northern Lights or because it was our birthday weekend, but the Myvatn area was one of the highlights of my trip.

We woke up early the next morning, my birthday was going to be spent chasing the waterfalls of north Iceland. This meant a lot of driving today since we were going to back track and check out Dettifoss, Asbyrgi Canyon and continue on towards Husavik. There are two roads to Dettifoss, we took the first road we saw which was road 862. We were the only two people on our side of Dettifoss at about 9am, and it was amazing. After snapping a few shots of Europe’s most powerful waterfall, another couple appeared and we decided it was time to head to Selfoss. We walked down to Selfoss, the shape was just stunning and the sun rising behind it made it look really beautiful. Long Exposure photos at Dettifoss. It was so cold, there was frost on the ground. Good morning to you too Selfoss!

From here we got to experience our first proper F-road (thanks google maps!). Road 862, or Dettifoss road continued for about another hour until we reached Asbyrgi canyon. We decided to drive to Asbyrgi to check it out and then decide if we wanted to walk around. We drove as far into the canyon as we could and decided we had to take a walk and explore. Walking through here really made you feel small. Our path through Asbyrgi Canyon

After lots of shouting to hear our echoes (thank goodness we were the only ones there) we hopped in the car and it was onwards to Húsavík. It was a beautiful little town but we didn’t stay long. I was eager for the next two waterfalls on our list Goðafoss and Aldeyjarfoss.

So we took road 85 after we left Húsavík and joined back onto road 1, where we took an early right turn and headed to Aldeyjarfoss down road 842. Road 842 then turned into road F-26 and I think we were on someone’s property by then, but we followed the signs and parked. We walked for about 15 minutes down a slope and across some rocks and finally found the waterfall we were looking for. Aldeyjarfoss remains my favourite waterfall out of the whole trip. It was so secluded (yay no tour buses!). There were the basalt columns that we saw at Svartifoss on Iceland’s south coast. It also had the bluest glacier water we had seen anywhere. The contrast of the bright blue with the rocky landscape made it spectacular. Here’s the picture for proof. Aldeyjarfoss in all its beauty We headed back to Goðafoss after this beauty and also got some amazing shots. This waterfall was absolutely stunning as well. It had a horseshoe shape with the same bright blue water. It was about 4.30pm when we left Goðafoss, we drove until we found a little picnic area where we pulled over and cooked and slept for the night.

On the road to the Westfjords

Today we were driving towards the Westfjords, not many tourists make it out this way so we were excited. Our first stop of the day was at Hvítserkur, which according to legends is a petrified troll, it just looks like a rhino to me. After seeing a few more Icelandic horses we had officially entered into the Westfjords. 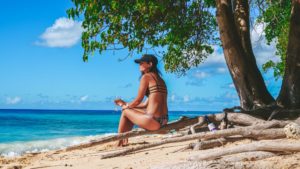