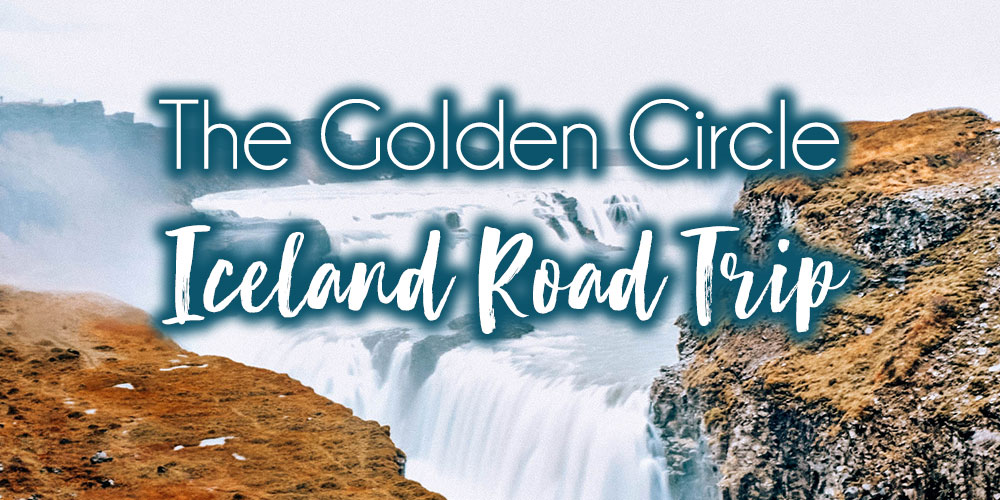 Well this post will consist of our arrival half day and our Golden Circle day trip. I may have mentioned at some point in my Iceland roadtrip post that Iceland is amazing. The best way to travel around is by campervan, here are some great Iceland campsites to explore Reykjavik and Southern Iceland from. You have the freedom to go where you want and sleep where you want. We decided we wanted the freedom to go anywhere and opted for a 4×4 campervan. This campervan was a little more on the pricey side compared to some of the simpler campervans. So after a lot of research we narrowed down our selections. We opted for the Jeep Super Camper from Camper Iceland, because look how cool it is! Check out some more reasons why you need to add Iceland to your bucketlist! The guys at Camper Iceland were super friendly and helpful. They showed us how to set up our bed. We grabbed a quick shower there and off we went! 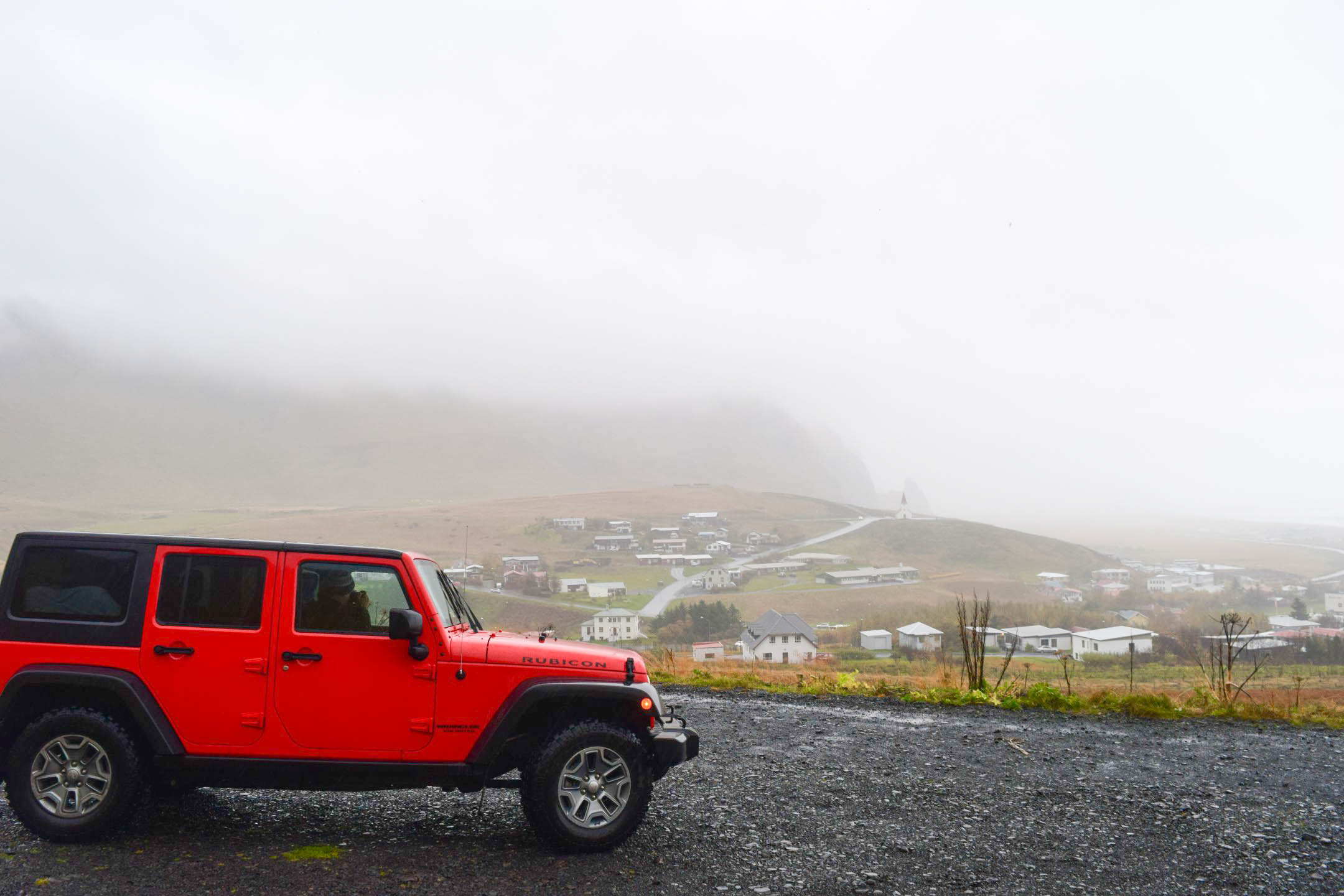 Our first stop was at Bonus to grab groceries for a few days and then we drove out to Thingvellir National Park. We arrived at around 6.30pm and it was windy and rainy. We had to set up our bed in this horrible weather which took a while since it was our first time. When we had set up we realized we had no bed linens which also meant no pots and pans. All the camping essentials were left back at Camper Iceland. Luckily for us someone drove out the following morning and delivered all our pots and pans and comfy blankets so it wasn’t a big deal. Our route through the Golden Circle started from Thingvellir National Park and headed up towards Gullfoss and then back along route 1 towards Seljalandsfoss waterfall. It can easily be done in a day.

Our breakfast consisted of Skyr, which was amazing! Once we got our camping essentials we headed off to explore Thingvellir, the starting point of our Golden Circle day trip. We were determined to make the most of this rainy day so we walked through the tectonic plates despite the weather. We still couldn’t believe we were in Iceland finally. 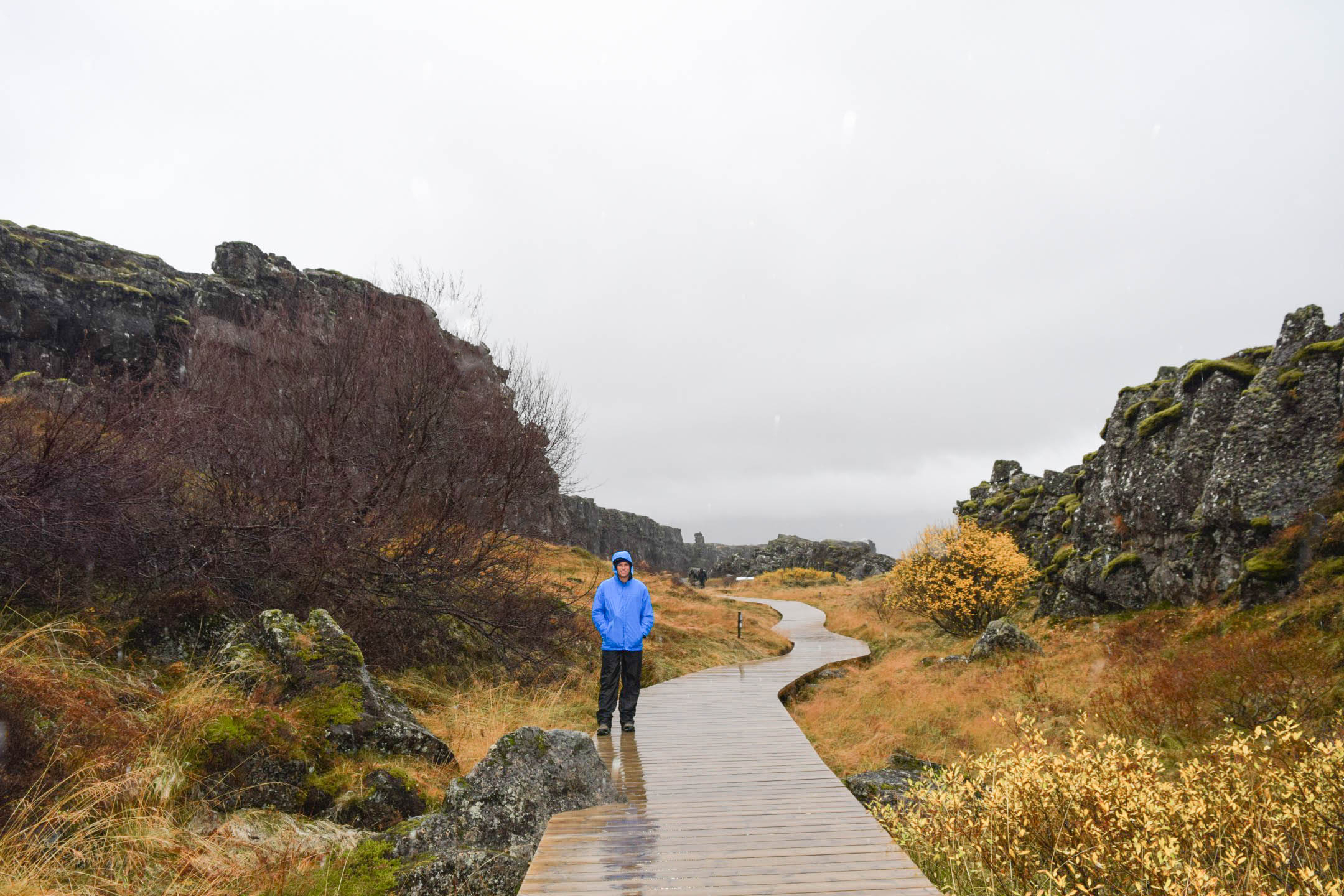 This place was so cool, we were basically walking between the North American and the Eurasian tectonic plates. This was our introduction to the epic landscapes of Iceland that lay ahead. From here we hit the road heading North towards Geysir. Before we reached Geysir we stopped off at this amazing ice cream place called Efstidalur, do your self a favor and have an ice cream no matter the weather! We both had the salted caramel and we sat down in this wonderful little café area looking through the glass to see the same cows that produced the milk to make the ice cream! 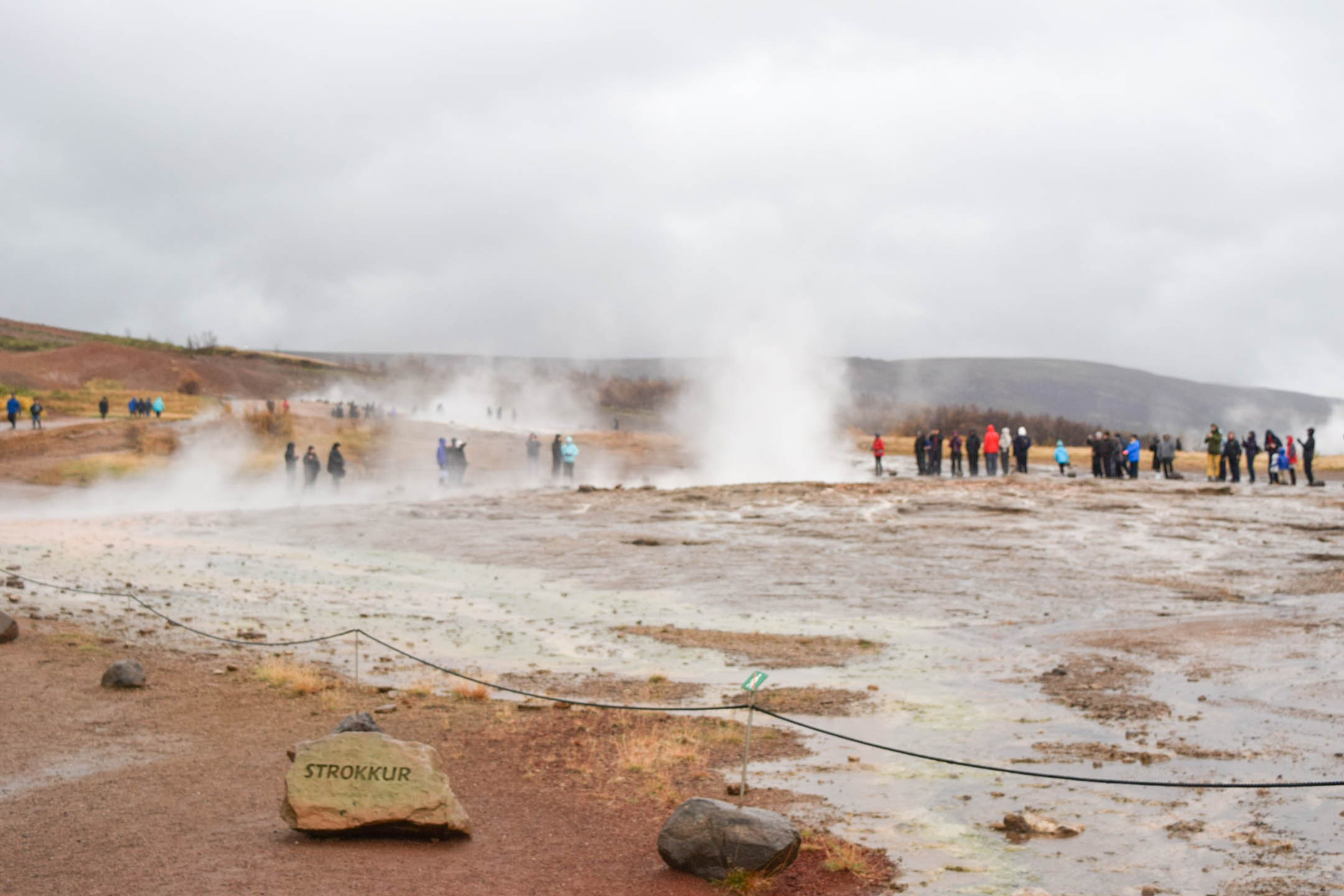 So after our ice cream stop off we finally made it to Geysir. It had stopped raining (finally) so we got out and hiked around the area. The colours of the soil were so vibrant and there was steam coming out of the ground. Strokkur was going off every few minutes. It was an amazing introduction to the geothermal activity around Iceland and our first geysir experience!

I think the highlight of our Golden Circle day was definitely Gullfoss. That was our next stop and even though the rain had started again, this amazing waterfall did not disappoint! This was the first waterfall of our trip and it was beautiful! There was something about the shape and the power of this waterfall that really made it quite memorable for us. 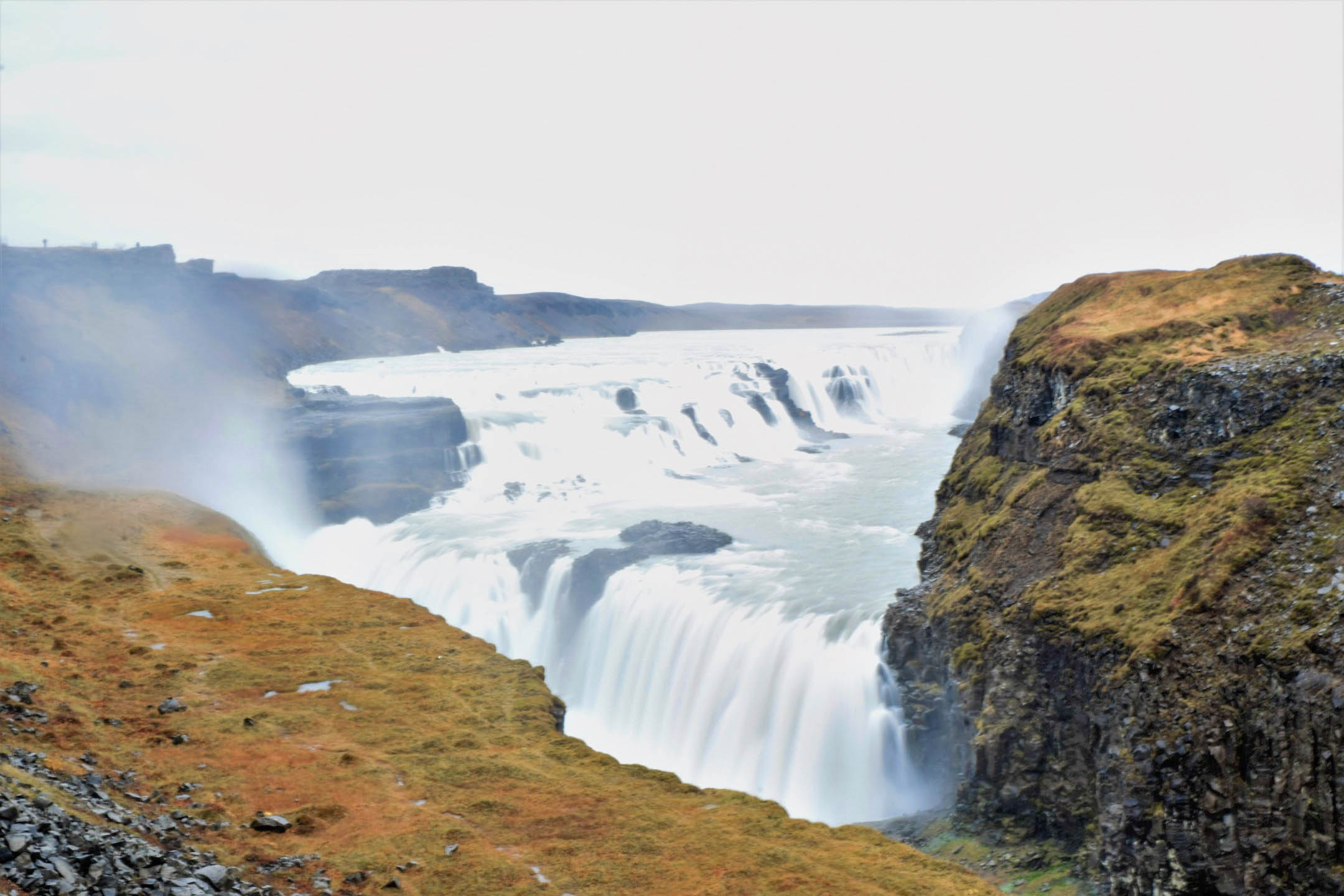 Majestic Gullfoss, the highlight of our Golden Circle day trip

After a few pictures at a few different locations around Gullfoss we headed out just as the rain started to get heavier. Our next stop was meant to be the Secret Lagoon, which we soon realized was no longer a secret. We got there and went to check it out and opted to stay in our warm clothes rather than swim in a warm pool in the rain. We were trying to decide our next move, our options were to head out to Landmannalaugar or just continue straight down to Seljalandsfoss and camp for the night. With all the bad weather we decided not to head to the highlands and we skipped Kerid and continued straight to Seljalandsfoss. We set up our bed in the car and popped a bottle of wine as we were quite proud of our first successful day, despite the weather. Then we quickly realized why all the other campervans were leaving that night. We stuck it out in the middle of the Seljalandsfoss car park with high winds and rain which continued the next day.