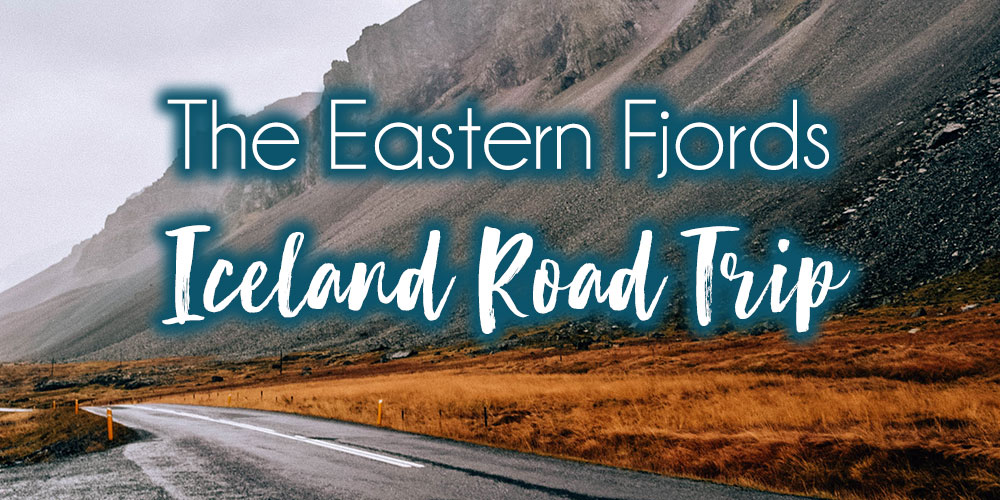 After exploring Iceland’s south coast we started our drive up towards Iceland’s Eastern Fjords. This was day 4 – 5 of our Iceland roadtrip itinerary, and we were planning to camp around Seyðisfjörður. I will show you why later.

Iceland’s Eastern Fjords: On the road to Egilsstaðir

It was a 3 hour drive from Jokulsarlon to Seyðisfjörður through Iceland’s eastern fjords. It was absolutely stunning, with the mountains and black sand beaches. Our first stop was Höfn where we refueled and grabbed some groceries and then it was a long drive through the fjords and very small towns with views like these.

Hit with more rain along the eastern fjords

A quick break in the rain for more pictures

Honestly though, there were a lot of sheep and farms on this drive and not a whole lot of anything else but it was beautiful. We even spotted some reindeer which can only be found in Iceland’s eastern fjords. The sun came out here and there along the drive and eventually we got tired of weaving through the fjords. Google maps decided to take us on a short cut, road 939. This is were we found a look out and were given this amazing view.

A hidden waterfall along road 939

Continuing up this road in the clouds was quite a scary ride. We had very limited visibility which made us go very slowly through the fog. This is why we ended up having to camp in Egilsstaðir. The road had slowed us down so much it was almost dark when we reached our campsite. This campsite was definitely our favourite though, showers and toilets! We had nice hot showers and an awesome dinner and slept soundly.

The next morning Seyðisfjörður was still a must do on my list. We woke up early and drove 40 minutes out to check it out. You see, I had found a photo on Instagram of this adorably iconic little church that I needed to find. And you can see why. Isn’t it cute?

From Seyðisfjörður, we were driving up North to the Myvatn area. So we left this adorable little town and started our 2 and a half hour trek up north. We stopped to take in the view looking out towards Egilsstaðir and continued on our way.

Jason standing on top of the world

This 2 and a half hour drive was like driving through some weird kind of desert with what looked like volcanoes everywhere. It was a weird and uneventful landscape, but still very unique and interesting. It stayed this way until we reach Myvatn. Have we landed on the moon?