Rotorua from Wai-o-tapu to Tamaki Village 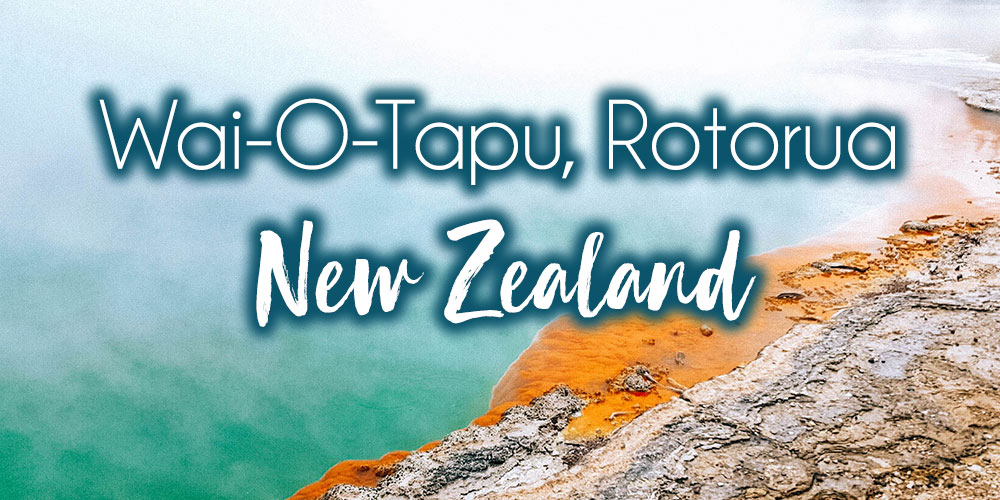 On day two of my solo adventure across New Zealand, I visited the stunning Wai-O-Tapu geothermal park and the Tamaki Village.

After sleeping for 12 hours, no lie, went to sleep at 7pm and woke up at 7am. I got up and got ready for my geothermal adventure at Wai-o-tapu and I dont think I was prepared for what I was about to see because it blew my mind.

This was an organised tour that the hostel booked for me the night before (they were so good with this). I hopped on a bus and was ready for my adventure of the day. We stopped at the mud pools first and I felt like I stepped into Jurassic park. There were bubbling pools of mud and steam rising out of the ground everywhere you looked. It was unreal, the bad egg smell was strong, and the bubbling mud was mesmerising. Clearly our noses got used to the smell because it seemed to get much better after the initial blow to the nostrils. After the mud pools we arrived at Lady Knox geyser, along with all the other tourists!

This was the first geyser eruption I had ever seen in my life and just to be honest I wasnt completely impressed. They added suds to it to get it going and it started slow and then it picked up. When it reached its max height it was pretty cool but it was a little anti climatic. Strokkur geyser in Iceland was definitely more impressive.

After the geyser eruption we headed over to the main event, Wai-O-Tapu park. This geothermal park was absolutely stunning. It was a beautiful day out, and because it was a bit gloomy, the steam coming off the pools was impressive which made it even cooler!

Later that evening I headed out to a Maori cultural show at Tamaki village. I was catching the midnight bus down to Wellington and had a lot of time on my hands. This cultural show was the perfect way to spend the evening and it was really impressive. The group put on such a fantastic show. They also cooked us traditional food which was cooked in the ground and it was delicious! After dinner we went for a short bush walk where the showed us their fresh water stream. We even saw glo worms and some silver ferns! It was the perfect way to end my day in Rotorua and from here it was time to make my way to Wellington via a midnight overnight bus for 8 hours… thanks again for the $1NZD fare Naked Bus!