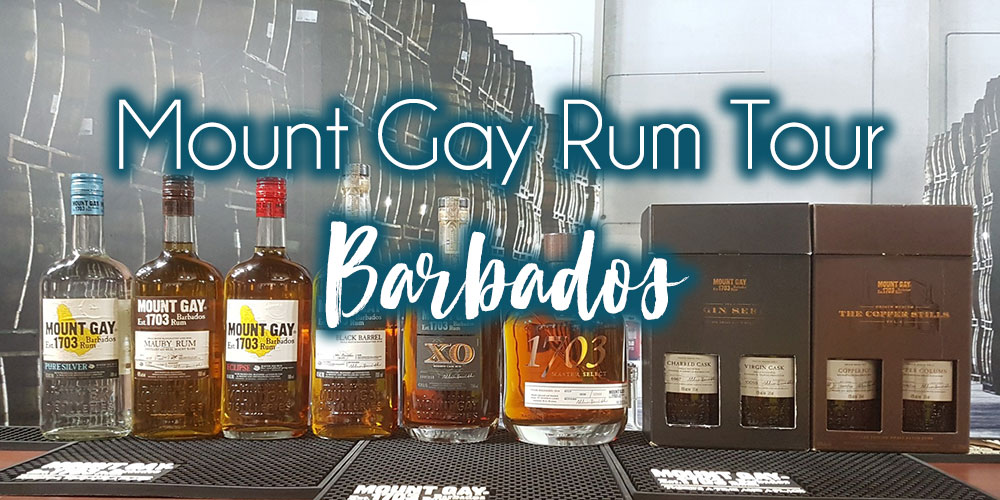 I know I’ve already discussed how to travel Barbados on a budget, but if you are going to splurge on a tour then make it the Mount Gay rum tour. On top of an epic rum tasting tour, you can buy all the different rums at the shop at amazing prices! So stock up before you head home.

There are quite a few Mount Gay rum tour options but you can just opt for the basic rum tasting tour, or my recommendation is the lunch tour. The food is a typical Bajan buffet and it is AMAZING! Also, bottomless rum punches, need I say more?

Your tour starts in the chattel house that you will pass on your way to the gift shop to pay. Here you will learn the history behind Mount Gay, accompanied with a rum punch (naturally). Here you get to see some of their special rums and the coveted red caps which sailors receive if they take part in one of the Mount Gay regattas. Finish your rum punch, it’s time to head upstairs for a history lesson. You will then watch a short video about distillation and the rum making process. After the video the fun part begins, the tasting. Remember, if you’re not drinking, you are not doing it right. As you step outside the tasting glasses will be lined up with your first rum. The tasting works its way up from mixing rums to sipping rums. Eclipse is the first one it is a mixing rum and can be used in Barbados’ famous rum punches. Mount Gay Black Barrel is next up the line, it is a lot smoother than the previous one and can be used as a mixer or a sipping rum. Finally the last rum you get to try here is the Mount Gay XO or Extra Old, this one is more of a sipping rum. After you’ve tasted your three rums you head downstairs towards the bottling factory. No pictures allowed here but it is quite cool to check out the equipment. This is the only place that Mount Gay is produced and bottled, thousands of bottles are made every day. Fun fact, if you buy your bottle in Barbados the alcohol percentage is actually slightly higher than the exported rums. Another reason to stock up here. 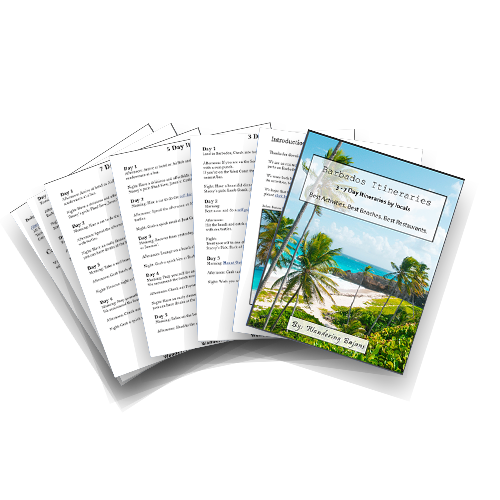 Trying to plan your Barbados vacation? We have written some Barbados itineraries for you. They include our favorite activities, beaches and tours so that you can have an epic vacation!

You have Successfully Subscribed!

After the bottling factory we go back inside to the bar where you taste your last two rums as part of your tour. The first one, Silver, this is Mount Gay’s white rum, it is definitely not as smooth as some of the others which makes it a mixing rum. A new product from Mount Gay is their Mauby rum. Mauby is made from the tree bark which is infused into this rum. Mauby has a unique flavor, some people love it and some people hate it. I ended up buying myself a bottle because I love Mauby. This rum actually tasted amazing when mixed with sprite and lime.

There are a few other rums you can try after your Mount Gay rum tour, their Volume 1 & 2 sets offer some unique flavours. One of their best rums is the 1703, this is definitely a sipping rum. Do NOT ever mix this rum with anything! This rum will cost you $15USD a shot, but it is worth it. This is probably the smoothest, best tasting rum that will touch your lips. If you are doing the lunch tour then you can have a seat after all your rum tasting. You will help yourself to the buffet and obviously more rum punch. Make sure you have some flying fish, it is delicious here. For dessert there are mini rum cakes (obviously) which can be drizzled with Ponche Kuba. This is a cream liqueur. Enjoy as many of those bottomless rum punches as you can (you are allowed into the gift shop with them) and go and pick up some souvenirs. My suggestion, grab a bottle of 1703 sine this is the best price you’ll ever see. If you enjoyed the Mauby rum then buy one of those too as you can only get that here in Barbados. If those are out of your budget then grab yourself something small, there are mini bottles of rum and shirts which also make some great gifts.

Remember don’t drink and drive after your Mount Gay rum tour, so hop in your taxi and hit the beach to sober up!