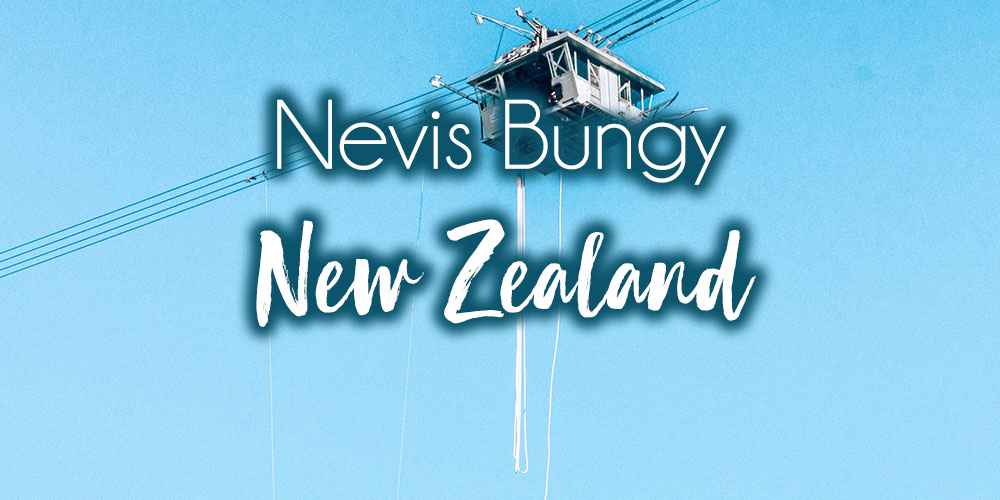 So if you haven’t read all of our posts then you may not know that I (Stacey) travelled to New Zealand on my own back in 2016. On an epic trip through New Zealand to visit my sister we decided to head to Queenstown, this is where I would do the Nevis bungy jump in New Zealand.

So just a few background details, we headed to Australia back in 2008 and we went sky diving. You may be thinking this girl is a daredevil, but trust me it is completely opposite. I am deathly afraid of heights, I literally havn’t been able to rewatch my bungy jumping video until I uploaded it here. Yup! I’m that much of a chicken! After our sky diving experience I always told myself that whenever I make it to New Zealand I would try bungy jumping. I had no immediate plans to travel to New Zealand. Eight years later, I landed in Auckland determined to keep the promise I made to myself before.

I spent a week travelling through New Zealand and reached my sister in Christchurch. We then made plans to head to Queenstown for a few days and continue on a road trip. We spent three days in Queenstown, the first day I enjoyed a lovely tour of Milford Sound and then I met up with my sister the next day. I managed to convince her that we should do the Nevis Swing together as a bonding experience, and that I would jump Kawarau bridge. The Kawarau Bridge bungy looked the easiest for me, and it was over water so that was comforting. My sister then decided we should just get everything done at one stop due to the shuttle arrangement. This means I was now going to do the 134m bungy jump over at the Nevis location as opposed to the easy breezy 43m Kawarau bridge jump.

I spent the entire night before thinking about this bungy jump, I was so nervous. 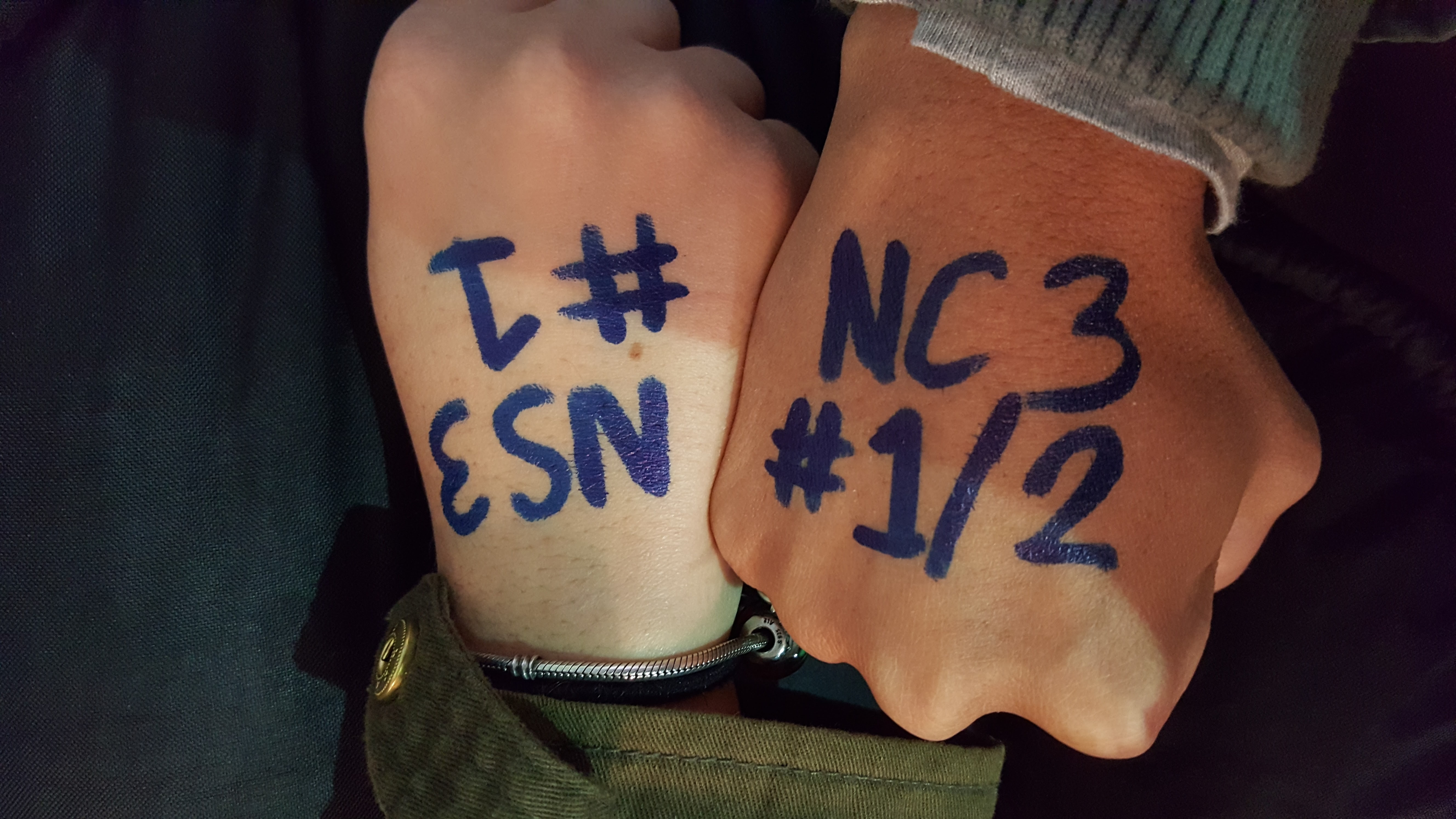 Marked and Ready To Go

We met at the center in town to get weighed in and tagged for our activities. We hopped on board the bus and made our way to the Nevis location. The bus ride was tough, we dropped people off at Kawarau bridge just in time to see someone jump. Cue full panic mode, 43m was high A F! My sister turned to me and asked if ours was higher than that and when I responded yes, she went ghost white. The bus climbed a dirt track up the mountain side and finally we spotted the AJ Hackett center. We walked in and got suited up and reweighed. They decided to let us to the bungy first because that usually takes longer.

We finally went outside and saw where we would be jumping from. My heart felt like it was pounding out of my chest. There were 8 of us in all, only six people could go in the gondola at a time so my sister and I went over together. The gondola takes you to the center of the gorge where the bungy pod sits. I held onto the gondola rails looking out to the horizon telling myself not to look down.

As we reached the bungy pod, there were sections of glass on the floor. I couldn’t even look down here, and to my left were where the jumps were taking place and on my right were views of this massive gorge. One by one everyone jumped and made their way back over to solid ground. I made my way to the prep seat while they tied me up and attached the bungy to my feet. I got up and shuffled my way over to the ledge…

I still hadnt been able to look down at the gorge. I asked the guys if they would push me but it is required that everyone jumps on their own. Finally on the edge, they threw the bungy cord off the edge which I could already feel pulling me down. From there the countdown started…

“Two….”
You need to do this! You just spent $275NZD and you better not waste it! Take a deep breath!

“Bungy!!!”
I’ve got this! Finally I managed to switch off my brain and I nervously jumped off the ledge. The wind rushed past my ears, I opened my eyes and watched as I sped through the gorge. It so freeing and so relaxing! I was so proud of myself for having jumped off that ledge and it didn’t want it to end. I then reached the end of the bungy and bounced back up only to freefall again. I tried to release the cable so that I could turn upright but I could not get it done. Finally I was just hanging there waiting to be pulled back up. The adrenaline was pumping and I felt like I conquered my biggest fear. When I finally got back up to the pod I had tears in my eyes, I was so happy.

After this whole traumatic event we headed over to the Nevis Swing and my fear of heights kicked back into high gear. Luckily this was something I was doing with my sister and once we were released from the top, we screamed all the way to the bottom and back. It was actually such an epic experience as well and highly recommended!

After our Nevis Swing we went inside and collected our hats and I received one of my favorite shirts ever, my Nevis Jumper shirt. 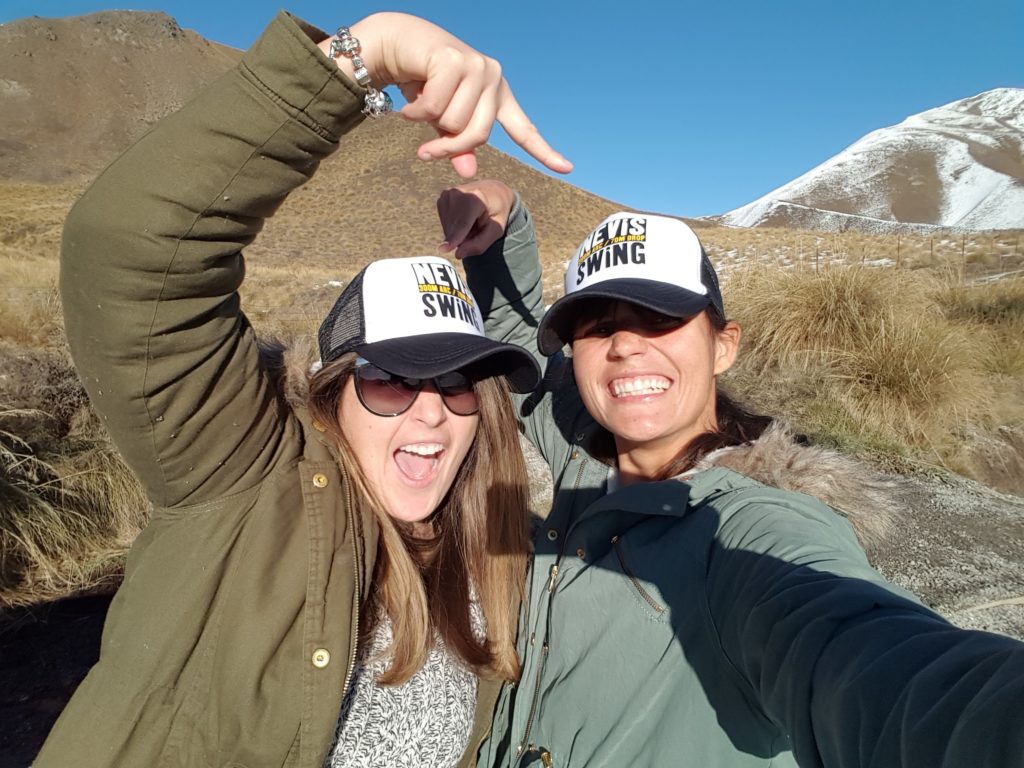 We did it! Rocking our Nevis Swing hats!

You guys, here it is my Nevis Bungy jump experience on camera… You’ll be sure to noticed my nervous smile and my reluctance to go to the edge of the platform and my terrible jump which was exactly what they said not to do…