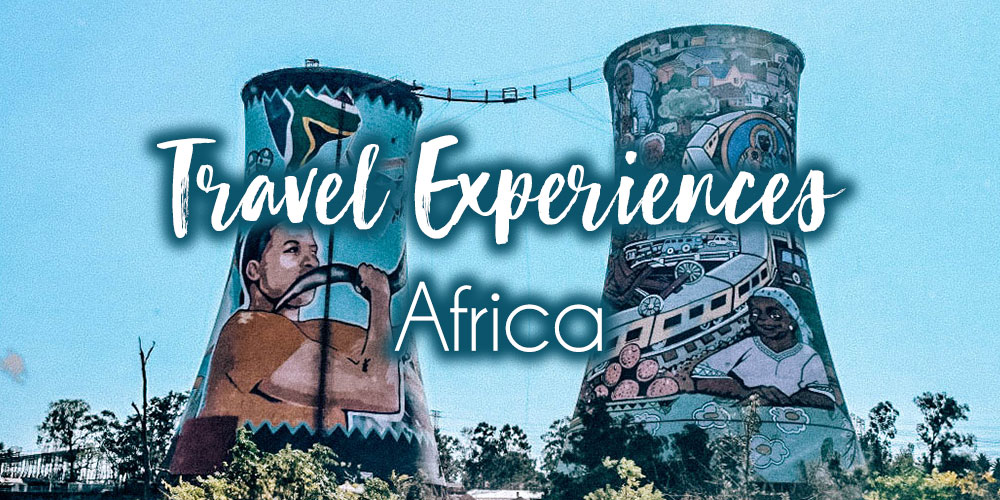 1. Spending the night in the Sahara, Morocco

Morocco was exciting enough because it enabled me to hit my 6th continent, but I was the most excited about spending the night in the Sahara!  I had found some tour packages that would get me out there, but they didn’t include the overnight, so I decided to do it myself.

Before getting to the dunes, the ground was very flat and dark, but as we drove closer I could start seeing the hints of the dunes to come. I could see them in the distance towering over the rest of the landscape in stark contrast to the surroundings because of color and height, and I could not contain my excitement!  Once we were sufficiently close to the dunes, the real adventure began because it was time to ride a camel!  We mounted, and as I gazed around I couldn’t believe I was there.  A place of legends and stories. A place of exoticness and beauty.  And I was there. The dunes were so huge and perfect that sometimes they seemed more like a painted backdrop than anything real, but my camel kept walking as if it was nothing.

A night in the Sahara, Morocco. Photo by Carly Heyward

The initial adrenaline and excitement started to wan as the discomfort set in. The scenery was beautiful, but the camel was uncomfortable! By the time we reached the oasis to camp, I was very grateful to get off! I had a tent to sleep in, but I spent much of the night watching the stars.  The next morning, we departed early to see the sun rise of the dunes.  Everything in the air was magical, and I’ll never forget my uncomfortable, smelly, and utterly astounding trip.

Story by Carly Heyward from FlightoftheEducator

What’s the first thing that comes to mind when you consider a trip to the captivating and diverse continent of Africa? I bet it involves safari and animals!

So, I have to say that when I was in Zimbabwe and I heard I was going to be rhino trekking on foot – I was understandably cautious, but unbelievably excited! Our guide – Ian Harmer, had a captivating presence and an extensive knowledge of all of the rhinos under his protection. His calm demeanour settled me as I signed a form to say I understand that rhinos are unpredictable and that he would not be liable if anything were to happen to me.

We jumped aboard Ian’s jeep and he drove us into the bush, where his internal ‘rhino radar’ sensed his horned buddies were near (or more likely he saw some fresh dung)! We clambered out of the jeep and made our way through long grasses and reeds, jumped over a small stream and dodged countless spiky bushes until sure enough, a mother and her calves were grazing about 25m from us. The rule is that you can move no closer than 10m and then it was up to the rhino’s if they would like to approach us. You adopt a crouching position, so as not to intimidate the animals and then the rest is up to them! There is no better way to see these beautiful endangered animals than on foot – you can really understand the size of them when you are crouched in front of them! If you’re ever in Zimbabwe I really cannot recommend this experience enough – it truly is once in a lifetime!

Story by Emma Badger from Wheres That to

We still vividly remember the incredible night we spent at the underwater room in Pemba, Tanzania on our first wedding anniversary. As a bid to celebrate this milestone, we headed to the ‘green island’ to experience an extraordinary adventure. We had seen stunning pictures of the underwater room floating across the internet from time to time and we were so stoked to actually live that escapade. Though we have to admit that initially, our excitement was clouded by a slight hint of fear of being helpless and isolated, away from civilisation. After all, one night on a floating villa loosely anchored to the sea bed in the middle of the expansive ocean with no soul in the distant is not everyone’s cup of tea.

Turns out, we never enjoyed solitude and nature’s company as much as we did while floating on the ocean. From the moment we stepped onto the villa till when we had no choice but to check out, we loved every bit of it. We rocked to the rhythm of the waves, ate our meals with the deep blue waters for company and spent our night starring at the wonder that is the world. We were constantly spoilt for choice as we wanted to stargaze at the charcoal black sky from our terrace of the villa and yet didn’t want to miss any opportunity of learning about varieties of fish from the underwater room. Every time either of us would spot new marine species, we gleamed like 10 year olds and called to each other in excitement. We watched the activity in the ocean all night long and didn’t fall asleep for the fear of missing to catch a glimpse of some exotic species. The entire episode left us spellbound and what an exquisite adventure it was! Even after getting back to land the next day, we felt as though we were constantly rocking with the currents of the ocean. While penning this down, we’re already recalling the dreamy affair which undoubtedly is one of our fondest travel experiences till date!

Mountain gorillas can be seen in three countries in Africa (Rwanda, Uganda and Democratic Republic of Congo) but Rwanda is the most accessible and offers the best views of the gorillas.  Trekkers are assigned a gorilla family to visit depending on their preferences and perceived fitness level, including the Susa group made famous by Dian Fossey.  In order to protect the gorillas, encounters are tightly controlled, with only eight visitors a day allowed to see each gorilla group.

No gorilla trek is the same – each gorilla trekking experience varies depending on the day of the trek and the gorilla group you are assigned.   The hike starts with an easy 30 minute walk through flat farmlands but once the forest boundary is reached, the actual trek begins.  Sometimes you will get a short easy hike and some groups require a longer and more difficult hike, but most treks usually last anywhere from one to five hours. The amount of time observing gorillas up close is limited to only one hour –  an unforgettable hour in the company of an enormous silverback gorilla and family eating, playing, fighting and just hanging out.  With less than 1,000 critically endangered mountain gorillas left in the world, the entire experience is a humbling and amazing privilege.

Story by Matilda of The Travel Sisters. Read more from her adventure here and follow their Instagram.

“Be careful,” said my guide, Aki. “The lava lake spilled over three days ago. If it happens again, maybe we have to run.”

Anywhere else in the world, I’d be safely sequestered behind some kind of fence. But here, in Ethiopia’s Danakil Depression, I was less than 10 meters from the rim of a very active volcano.

Over the past three days, my group had driven a Land Cruiser through a salt lake, navigated a constantly-shifting landscape of sulfuric acid geysers on foot, met nomadic tribesmen driving camel caravans, and sweated our way through 120-degree-Farenheit days. But it was all leading up to this. The chance to camp on the rim of one of the world’s only permanent lava lakes.

So there I was, standing precariously on semi-hardened lava. My shoes were melting underneath me. Splashes of molten rock hit my ankles. One glance out at the surrounding landscape was enough to remind me that I was at least nine hours away from running water, electricity or medical attention. The Danakil Depression, Photo by Carrie

I’ll spend the rest of my life looking for another travel experience to top that night, my campsite lit only by the lava lake and a billion stars, in one of the last truly wild places on Earth.