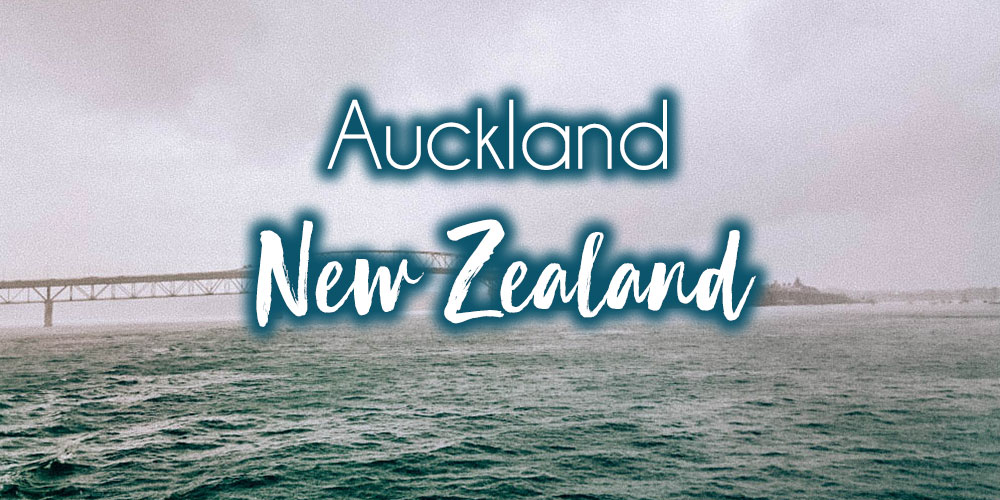 The plane broke through the rain clouds and you could see Auckland below… the rain was awful! My plane landed around 7am on the 21st May, but I had been flying since 7am on the 19th May. Needless to say I was exhausted!

I grabbed my backpack and hopped of the plane cleared immigration and hopped on the bus into town feeling a bit nervous, excited, and tired. I had no hostel in Auckland so I had to adventure around the city with my backpack which wasnt too heavy, I only packed a 36L pack for the 4 weeks I was travelling. My bus left at 5pm to Rotoura but all my plans for the day were pretty much scrapped since everything I had planned was outdoorsy.

Time to grab a coffee and replan my day…

I wandered around aimlessly for a bit after my coffee which was nice and then things started to open and the weather started to clear (Thank goodness). So I bought a ticket for a harbour cruise and hopped on the first one to make the most of the sun! It was beautiful! The tour was fantastic and I felt like I saw so much of the Harbour and sights of Auckland. Unfortunately the weather took a turn for the worst as we were leaving Rangitoto island and my pictures of Auckland Harbour Bridge are a little gloomy but all in all it was a great day.

I couldnt take the rain and the cold much longer, I was a bit unprepared for Auckland straight off the plane so I was glad to get on my bus and get to my hostel in Rotorua for a nice hot shower… I was so glad I booked my bus ticket in advance too, hello $1NZD bus fare from Naked Bus!