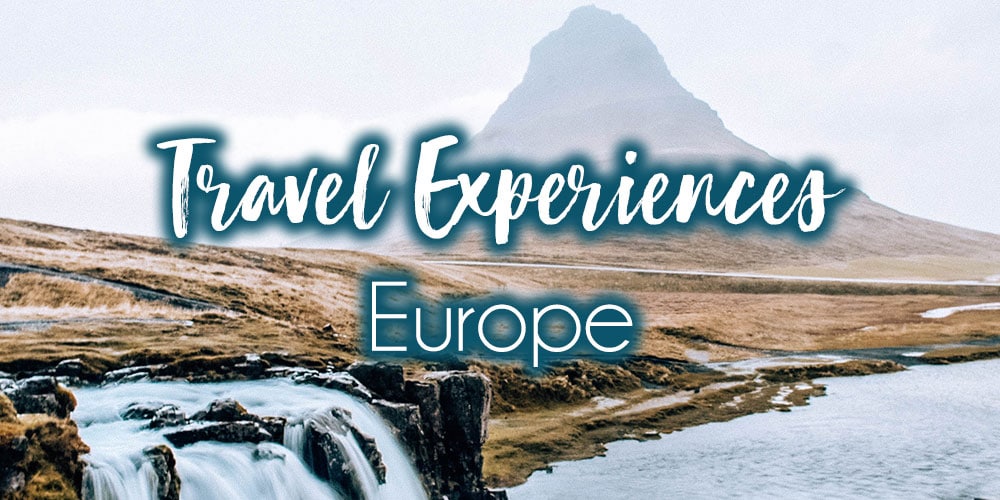 My most memorable experience was last month, when I went to a nature reserve in the Netherlands where we witnessed the release of seals back into the wild!

The Wadden Sea in the north of the Netherlands is inhabited by wild seals. Due to pollution and human interaction, a lot of baby seals get abandoned by their mother and they need to be rescued and nurtured. Once they are strong enough, the seal rescue centre will release them back into the wild and we joined them!

First we visited the seal rescue centre in Pieterburen and learned a lot about the different seal species. We learned about the work of the centre and at the end of the day we set out by boat to a natural sand plate in the Wadden Sea.

In the distance we already saw a colony of wild seals relaxing in the sun. We carried the 3 wooden crates into the sea and put them on the beach. Once everyone was ready, we opened the crates and the lovely young seals were released. One by one they left their crates and headed to the water. They looked anxiously around, up into the air and they paused a moment before splashing into the water. For a good half an hour, they swam near the sand plate and our boat, before they disappeared into the distance.

Releasing the seals back into the wild was such a memorable experience. My heart fluttered with joy seeing these wild animals return to their natural environment. It felt really good to pay to join the release party and support the seal rescue centre with this. If you’re ever in the Netherlands, head to the seal rescue centre and see if you can join a seal release trip!

I didn’t even plan on staying at the Ice Hotel in Jukkasjärvi, Sweden. I mean, I didn’t even know where it was, let alone how to pronounce the town. But I just happened to meet a girl on the train, and she invited me to tag along so I thought, “Well, why not?”

Now, apart from the Ice, I thought it would be just like any other hotel stay right? Wrong! Not only is each room uniquely carved into a series of ice sculptures that cascade along the walls of the hotel, but because the rooms are so cold, you are actually only allowed into the Ice Hotel to sleep. That is why all your luggage is stored in a communal locker room with private storage area, warm showers, and even a sauna.

At first this kind of annoyed me, that is until I set foot in my room and realized how freaking freezing it was. No way did I want to spend anymore time in there than I absolutely had to. But don’t worry about the cold because they don’t just let you walk in there with your street clothes. Rather, you attend a mandatory, 30 minute orientation about the proper use of a sleeping bag and liner that keep you warm and toasty while you hunker down for the night of your life.

The result? It was a blast and I am so glad that I did it. Yes, I was terrified that I would freeze to death during the night. But to my surprise, the liner and sleeping bag kept me warm enough to get a good night’s sleep. Plus, the staff served me warm Loganberry juice to my room in the morning, to help wake me up. Such a personal touch that made me feel so welcome in a totally frigid place. But my absolute favorite part was the diploma I received for surviving a night in the Ice Hotel. Yup, coolest souvenir ever.

3. Watching the Sunrise from Fisherman’s Bastion

While studying in Budapest, Hungary for a semester, I decided to watch the sunrise from Fisherman’s Bastion in the Castle District. However, being the procrastinator that I am, I put off going until one of the last weeks that I was in Budapest, which meant that the sun was rising earlier in the morning. It worked out perfectly though because I just stayed out all night clubbing and went directly to Fisherman’s Bastion which was easier for me than waking up that early in the morning (4am).

I actually left the club a little later than I had originally planned and hence got to Fisherman’s Bastion after the sky had started to brighten. I took the tram followed by a ~20-minute walk. Since I was late, I found myself speed walking/running in heels uphill enjoying glimpses of the brightening sky through alleys and occasionally stopping to catch my breath.

It was well-worth the unplanned exercise! Sunset is my favourite time of day but sunrise is a VERY close second. The universe is an incredible thing and there are no words to describe the amazement and wonder I feel watching the sky light up. To share that view and moment with friends was very special and is now one of my favourite memories for that semester. Afterwards, we went and got pancakes, a nice reward for my running in heels, and I returned home to finally get some sleep.

I would definitely recommend going to watch the sunrise. Depending on the time of year, you might have to wake up really early (closer to the summer means earlier). You should aim to get there at least 1 hour before the sunrise time for the full experience. If you are taking public transportation ensure to check the schedule. Between 4 and 6 in the morning, the bus that goes closest to Fisherman’s Bastion only passes once every hour so be punctual so you don’t miss it. Otherwise, you can do what I did which was to take the 4/6 tram and walk for about 20 minutes.

I’m the one who tears up the easiest. I’m not proud of this, though.
But my crying follows a pattern. It’s always about people. Well, fictional sometimes, but still.
And here I was now. Out in the open, staring at the sky, feeling so small. Touched by nature. Me, the ultimate city girl, who would always trade a few days by a lake for an afternoon in a bustling metropolis.
Sure, there are things in the nature that seem interesting, but somehow never make it to the top of your bucket list. For me, that was seeing the northern lights. I believed, however, that Aurora Borealis happens to other people, those heaps luckier than I am.

Life made sure to erase my skepticism in one stroke of the brush. I found myself studying in Finland, and before I knew it, I set off to the far north to experience a harsh winter and all of its perks.

I’m not sure if I can call that night calm. The cold was scratching my face, and the sound of the wind was upsetting, to say the least.

While there’s a lot of luck involved in seeing Auroras, in the sense that one can spend an entire week in the north and not see any because of little solar activity or clouds, it also means that you will most probably know if you’ll be seeing any on that particular day. If the solar and weather forecasts say so, you will stand pretty good chances. That was my case. I would, however, prefer to think there was a bit magic there.

Because that’s how it all felt when a single whitish stripe appeared low in the sky. Your eyes are used to the dark and you’re not really sure if it’s real or it’s in your head. It twists and turns slowly, reminding you of a timid girl’s dance. It starts growing, it moves across the sky. It’s white and green. That is also the moment you realize the photos you’ve been seeing all your life are made with professional cameras that capture more than the eye; but this one you’re seeing is no less beautiful, because it’s real. It’s all yours; it dances and grows and makes you feel you witness something from another world. You almost forget to breathe. There’s nothing else in the world except you and the Aurora.

That’s when I cried.

We keep listening about stepping outside of the comfort zone. This was it, in its rawest form. I know Aurora can be accurately described by laws of physics. I’m a believer of science. Yet I’m also a believer of little wonders, and this was one. I no longer determine myself as a city dweller. I go where my feet take me.  I’m searching for magic everywhere.

I remember the first time I saw a picture of Kjeragbolten in a blog post. I was so amazed and inspired to stand on that rock myself. I put it on my bucket list and I was desperate to visit Norway, just so I can stand on that rock only one step away from falling 1000 m into the abyss.

I booked my flight and rented a car and was ready for my next adventure. I looked up some videos online to see how people get on the rock exactly and I started to have second thoughts. It looked really scary and dangerous! I am scared of heights and I knew looking down would mean I would get dizzy and fall down. When the big day came I was really lucky with the weather. The hike to Kjeragbolten was beautiful. The scenery on the 12 km round trip was very diverse. We set up quite early around 7 am, to avoid the busy period at the rock. I heard there is often a queue to stand on the rock. I didn’t waste time when we got to the top. I made my way straight to the Pulpit Rock.

It took a big step for me to get onto the rock. Standing on it I was terrified. I was nervous even to breathe, thinking I would do it wrong. I just kept saying in my hand “Don’t look down, don’t look down!” After about a minute once I assumed I got enough good pictures of this moment by my dad, I took another big step to get off the rock. I was so relieved and happy. I did a big jump on safe ground. It was so exhilarating! I will never forget this day. Standing on Kjeragbolten was my most memorable travel moment!